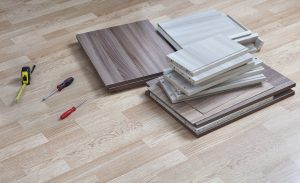 Was a Swedish court wrong when it dismantled a taxpayer's TP position?

I was recently involved in an interesting discussion on LinkedIn (you can follow me here) about a decision made by a Swedish court in 2022. The case concerned an MNE that had moved the ownership of a trademark from a Swedish company to a Malta-based one within the group. It had paid tax on the capital gain at the time. None of this was in dispute.

The Swedish company then continued to use the trademark, while paying the Maltese company a licence fee. It also claimed a tax deduction for that fee. The Swedish Tax Agency denied this, on the basis that the Maltese company was not entitled to a licence fee as it did not perform any of the DEMPE functions (development, enhancement, maintenance, protection, exploitation). The court agreed.

In court, the taxpayer also argued that if the deduction was denied then that meant that the IP had never left Sweden, and therefore the capital gain should be reversed out. It lost on this point as well.

The discussion on LinkedIn divided broadly into two camps: those who generally agreed with the decision, and those who thought that the court had got it wrong.

For those who support the decision, the argument runs like this. No DEMPE functions being performed in Malta implies that there is no substantial value in Malta, and if that is so then there is no basis on which to claim the deduction. If there is another explanation – for example, it is possible that the IP never left Sweden, although that doesn’t follow automatically – then it is up to the taxpayer to prove this.

I take the other view, for the reason I highlighted in a blog just before Christmas. DEMPE analysis does not just relate to the performance of functions, or even the control of functions. It also looks at the assets used and the risks assumed by the respective entities.

So if the Maltese company paid for the IP assets, and assumed economic risk in relation to the enhancement, maintenance, protection and/or exploitation of those assets, then it should be entitled to a return. This is entirely in line with the position that you would expect unconnected parties to take. (And bear in mind that UN TP guidance states that the ‘development’ in DEMPE also includes acquisition.)