We are delighted to feature an interview with Paul Morton, Tax Director at the Office of Tax Simplification (HM Treasury), and former Head of Group Tax at Reed Elsevier Group plc.

Why did you get into tax?
After reading a science degree I was looking for new challenges. The choices turned out to be graduate recruitment into the Hong Kong Police Force, seaman officer in the Royal Navy or … tax inspector training in the Inland Revenue. Hong Kong seemed a bit far (although very exotic), there was a possibility of not having good “sea legs” and the Inland Revenue was the only employer in the graduate handbook to set a rather interesting puzzle. So tax it was …

Who has been the most influential role model for your professional life?
There have been many. I have admired some of the business leaders I have met for their sharp focus on the important issues, senior members of the tax profession for their knowledge and wisdom, young members of teams I have worked in for their energy and ambition and colleagues for their calmness under pressure. Actually, I find the tax community a particularly fine part of the business world – we seem to work among so many collegiate and friendly people.

What do you see as the biggest trend affecting the tax world over the next 10 years?
The digital revolution has changed every part of the economy and as we can see from BEPS and the work on intangibles and transfer pricing, the tax system has not yet caught up. We are quite privileged to be working together now on modernising the tax system for the next twenty years – perhaps for the next hundred years just as our predecessors were in the 1920s and 1930s.

What is your pet hate when dealing with advisers?
A small minority of advisers take up valuable time “selling” ideas they do not understand. I must say, though, that the overwhelming majority of advisers in the tax community are thoughtful and able individuals and it is always a pleasure hearing about new ideas.

In a movie of your life story, which actor would you like to play you?
A blend of George Clooney, various “James Bonds”, Sir John Gielgud and a touch of Rowan Atkinson. Preferably no Basil Fawlty although there are moments …

What would be your dream job if you didn’t work in tax?
It would be fun to wind time backwards and try that Royal Naval Officer training.

What is your biggest extravagance?
For someone who has worked for a digital company in the 21st century I have a rather large number of paper books.

What do you do to relax?
Running – I try to run a 10K every week. Our office is quite close to the central London parks and running around the Serpentine on a fine spring day is very relaxing. Some people say that they have some of their best thoughts while running – personally I think that all oxygen is diverted elsewhere so no great thoughts.

What is your favourite holiday destination?
Anywhere I have not been before. It is also very rewarding to work with colleagues around the world and to learn from different cultures and ways of doing business.

What piece of advice would you give your 16-year-old self?
I am not sure, but I would love to know what my 16-year-old self would have thought of 2014! And surely our iPhones are more impressive than the Star Trek communicators. 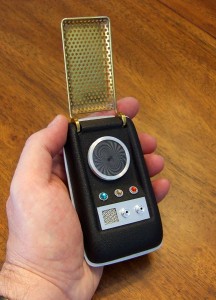 The views expressed above are personal and do not necessarily represent those of the interviewee’s organization.

This simple form will help you kick-start your reorganisation project by capturing the planning essentials.