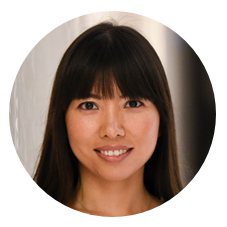 Xiaofang is the co-founder and CEO of LCN Legal. She is passionate about ensuring that our clients consistently receive the best possible legal support, by listening and responding to their feedback. She is also passionate about the role of women in international business.

Xiaofang was born and grew up in Henan province, China – the birthplace of Chinese civilization with over 3,000 years of recorded history, and now a booming logistics hub of China. In 2007, she graduated with a bachelor’s law degree from the China University of Political Science and Law, Beijing, the largest institution in the World for legal education, and widely regarded as one of the top two law schools in China.

She came to the UK in 2008 and completed an LLM in International Commercial Law at the University of Edinburgh. Following her graduation she was asked to join the London Chamber of Commerce and Industry in order to help establish the Chinese Business Association (CBA) there.

Now, as CEO of LCN Legal, she leads the firm and helps it to expand its presence internationally. She is also the co-founder of Chinese Mums in Business Club.