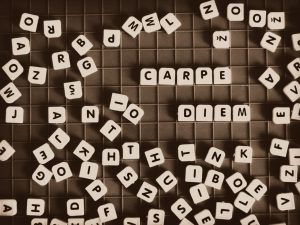 I’ve been reading a book called ‘The Wisdom of Sundays’ by Oprah Winfrey. Xiaofang bought it and read it first, and we like to read the same books and then talk about them.

One of the interview extracts in the book is with someone called Daniel Pink. (I hadn’t heard of him before.) He talked about a lady called Clare Boothe Luce. (I hadn’t heard of her either.) Apparently she said that a great man (or presumably woman) is one sentence. Lincoln’s sentence was “He preserved the Union and freed the slaves.” FDR’s sentence was “He lifted us out of a great depression and helped us win a world war.” Oprah’s sentence is “I teach people to lead their best lives by leading my own.”

My sentence is, of course, “He is the greatest corporate lawyer on the planet, an incredibly devoted husband and father, the godfather of a thousand outrageously successful businesses, and the inspiration for a million well-lived lives.”

N.B. In case you want to experience my legal 'greatness', you can email my PA at sonia.polden@lcnlegal.com to arrange an appointment.