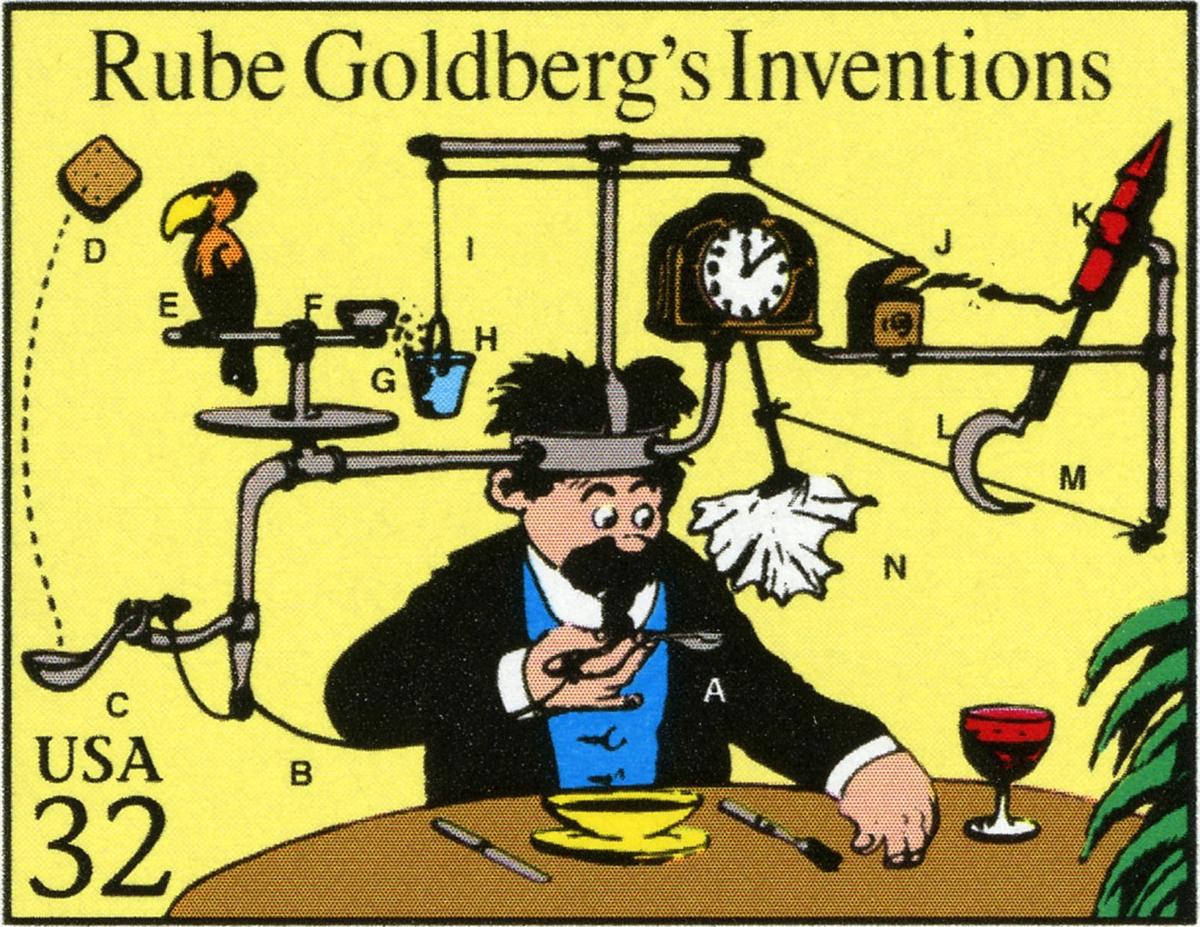 Do you have any ‘ugly cousins’ in your group legal structure?

I hasten to say that none of my actual cousins are ugly.

But in the legal world of multinational groups, ‘ugly cousins’ are common.

Coca-Cola is a prime example. The Court said the group’s intercompany agreements were ‘outmoded’ and ‘inconsistent with their actual behavior’. Some agreements contained ‘no discussion of payment whatever’. Other pricing clauses bore no relationship to the charges actually applied. Most significantly, the agreements contradicted the claimed ownership of intangibles.

The court likened the TP analysis claimed by the company to a ‘Rube Goldberg machine’ (pictured).

It’s unfair to judge actions in 2007 according to 2021 standards. It was probably just a matter of ‘we’ll sort it out next year when we have time’. We all procrastinate.

At LCN Legal, we don’t claim to be the answer to all your TP problems.

But we can take one thing off your shoulders: keep your legal structure updated so that it matches your TP.

It’s like maintaining a property. We check alignment and coverage of agreements. We liaise with your team on a periodic basis to identify changes. And we fix issues as needed.

The result: a maintained, tax-audit-ready archive of signed agreements.

With no ugly cousins.