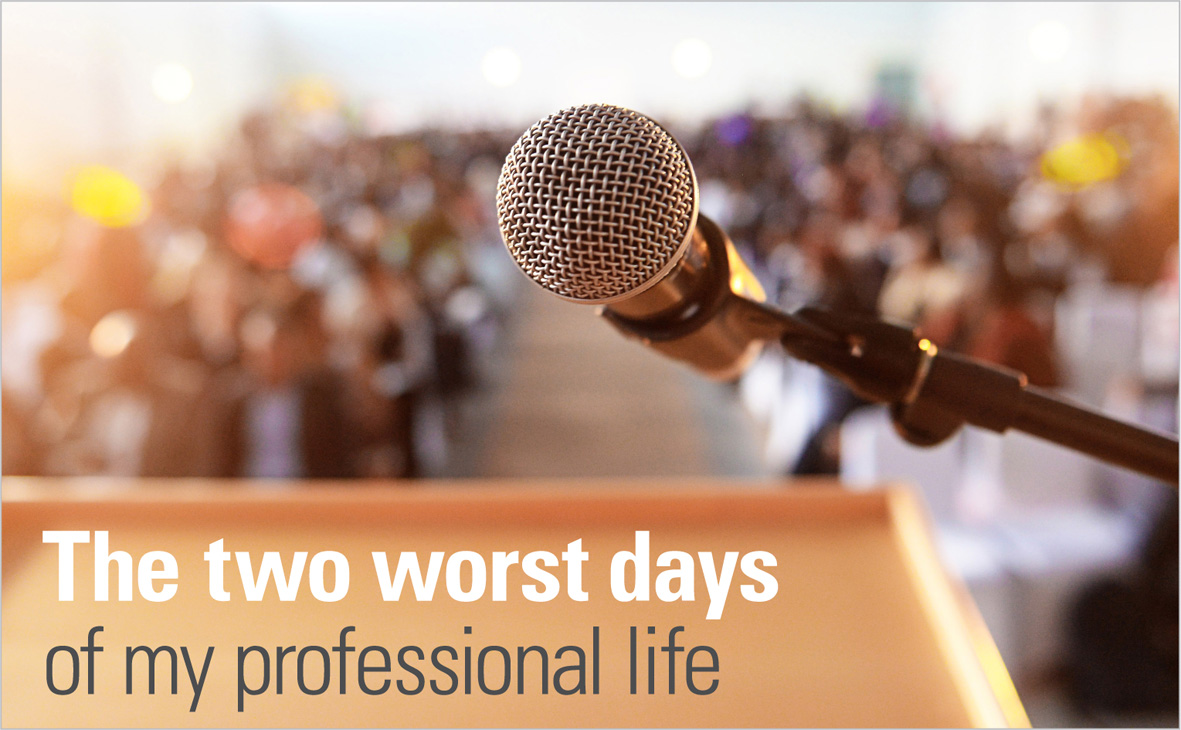 This article appears in the April issue of our International Corporate Structures Newsletter.

This is a story about the time shortly after I joined KPMG’s law firm in the early 2000s. It’s a true story, although my mind seems to have blanked a lot of the details, possibly because of the trauma of it all.

At the time, I was a ‘Senior Solicitor’ in KPMG’s law firm (then called ‘KLegal’). I was on the extremely painful track for promotion to Director. This involved business cases and 360 degree reviews and assessment centres and so on – the kind of ‘big firm’ thing you may well be very familiar with. As part of all that, there were courses I was supposed to go on, including one on presentation skills.

This particular course on presentation skills was not the kind of course you could just turn up to, make a few notes, and then go on your merry way. It was a two-day course, during which you had to practice and repeat presentations in front of a video camera. Even worse, you had to watch yourself on screen afterwards, and sit there while other people discussed how stiff and awkward you looked. You even got a video cassette to take home afterwards.

In all honesty, this felt like a living hell for me. I had previously been the kind of person to avoid any kind of public speaking, at all costs. Which often involved extreme efforts. For example, at my school, there was a tradition that each sixth former, in turn, would stand up and read a couple of verses from the Bible at morning assembly reading in front of the whole school. There was a rota in alphabetical order. Given the size of the annual class intake, you could expect to do this two or three times over the course of the lower sixth and upper sixth form years. I managed to duck out every time, through feigned illness, extended shoelace-tying or whatever excuse I could think of.

Even during my early legal career, I was still terrified. I somehow forced myself to make presentations from time to time – for example, seminars on commercial law for the German and French Chambers of Commerce. Looking back, I would like to extend my sincere apologies to the audience members for the dismal, wooden performance I must have presented. I still remember the baffled looks on the faces of the seminar attendees in Frankfurt, as I painfully read from my notes about the commercial agents regulations.

So anyway, back to those awful two days in a meeting room in KPMG’s offices in Dorset Rise, off Fleet Street. I am amazed that I took in anything in at all. I remember the dreaded video camera on its tripod in the corner. And the TV on a school-style metal stand on wheels. And the lower lip of the main trainer – called Bob – moving as he spoke. Everything else is a bit of a blur. I certainly never dared to watch the video back home. I have no idea where that VHS cassette ended up.

This did not all sink in immediately. It took a while.

I don’t know how it happened, but after that I found myself, rather strangely, actually wanting to present. Starting with internal training. Then more formal sessions for KPMG’s tax teams, and then regular slots at KPMG’s Tax Business School. The biggest thing was having a structure I could use. You know when you go to a seminar, and it’s 6.15 in the evening, and you’ve been sitting there for half an hour and you have no idea whether the speaker is winding up or just getting started? It’s about wanting to save an audience from that feeling, and knowing that you can share something of value.

I still would not consider myself a “natural” at this kind of thing. I’m not “Mr Personality”, making relaxed small talk in front of the enraptured throng. But I do enjoy it. It has become a key part of our approach of sharing legal knowledge and practical advice to clients here at LCN.

I would like to think I’m getting better at it over the years and I now have the support of a team of experienced lawyers behind me. If you would like to see our current legal training programme, just give us a call on +44 20 3286 8868 or email us at info@lcnlegal.com. And if you would like to arrange a session and critique our performance, I would be delighted.