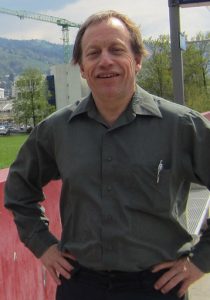 This is a guest post by Harold McClure, a New York City-based independent economist with 26 years of transfer pricing and valuation experience. (One of several that he has written for us.) Here he discusses a hypothetical transfer pricing dispute that was recently posited by the American Bar Association.

In May 2022, the Transfer Pricing Classroom to Boardroom (TPc2B) group organized by the American Bar Association had three teams discussing a hypothetical transfer pricing dispute involving a U.S.-headquartered luxury leather goods enterprise making high end handbags, belts and shoes. The event was referred to as a ‘Capstone,’ and involved one team representing the hypothetical multinational, another team discussing the alleged views of the Indian tax authority, and a third team discussing the alleged views of the IRS.

While resolving Competent Authority disputes are crucial aspects of managing a multinational’s transfer pricing in other to avoid double taxation, Competent Authority negotiations can be difficult when the multinational has not clearly laid out its basic structure and facts. The primary purpose of robust documentation is to present a clear and coherent set of facts to all interest tax authorities. The presentations for this Capstone raised a number of questions in my mind, and suggested a scenario in which the original documentation was inadequate, and the two tax authorities were striving to take extreme positions rather than trying to work out a sensible resolution of the issues.

This discussion will strive to fill in what I see as missing elements in the various discussions in the hope of giving guidance on how multinationals can structure their documentation in a way to avoid lengthy disputes with the tax authorities. The starting point should be to address what the OECD asks for in terms of the Master File report including a presentation of the consolidated financials and how the allocation of worldwide profits follows from the transfer pricing policies. The numbers presented in the Capstone struck me as more representative of a life science company than a company that made designer hand bags. So for the purpose of this discussion I have started from scratch with an example that more resembles Tapestry, Inc than their example. Tapestry, Inc is the parent company of a group which designs and sells Coach and Kate Spade hand bags as well as Stuart Weitzman shoes.

While the sales of the Tapestry group represent more than $6 billion a year with sales in many nations, our example will assume that sales are only $1 billion per year with 80% of those sales in the U.S. and the remainder in India. While Tapestry relies on third party contract manufacturers in Cambodia, China, Indonesia, the Philippines, and Vietnam, our hypothetical multinational relies on an Indian affiliate for all production. The U.S. parent purchases the component materials, while the Indian affiliate incurs labor costs. We shall assume that material costs represent 30% of sales, while labor costs represent 10% of sales. Operating expenses total 45% of sales so consolidated profits represent 15% of sales on a worldwide basis, which is roughly consistent with the financials for Tapestry.

Table 1 details these operating expenses as sourcing costs = 2.5% of sales, logistics costs = 2.5% of sales, design costs = 5% of sales, marketing costs = 10% of sales, and selling costs =20% of sales. The U.S. incurs all sourcing and logistics costs as well as 80% of the component costs, 80% of the design costs, and 80% of the marketing costs. Table 1 tentatively sets the net intercompany (I/C) price paid by the U.S. parent to the Indian affiliate at $70 million. Under this tentative transfer price, the U.S. parent receives profits = $160 million while the Indian affiliate receives profits = $40 million. There is no assumption that this position is arm’s length as we have to consider a variety of potential transfer pricing issues including the appropriate markup for Indian’s contract manufacturing on behalf of goods sold in the U.S., how intangible costs are expenses and compensated, and how sourcing and logistics costs should be addressed.

The Indian Affiliate as a Toll Manufacturer

The Capstone presentations noted that the multinational defended a 10% markup over production costs using a benchmarking analysis that focused on the return to costs for 12 contract manufacturers in the electronics sector. Markups over total costs for third party contract manufacturers in the electronics sector tend to be modest in part because a substantial portion of total costs represent the cost of materials rather than labor costs and in part because the inventory to material costs ratio tend to be very low.

While a transfer pricing analyst may observe the overall markup over total costs (m), one may find ascertaining the other parameters to be difficult from conventional accounting information … Ascertaining what would be reasonable estimates for v and z would require understanding the composition of assets for the third-party allegedly comparable company and providing estimates for the return to these assets. These markups can be seen as the product of asset intensities times the appropriate return to assets with:

Let’s assume that the Indian manufacturing affiliate’s fixed assets = $200 million (fixed assets/value-added expenses = 2) and working capital related to production = $200 million (working capital/pass through costs) = 0.67. If the overall cost of capital = 10%, then profits attributable to both toll manufacturing and purchasing materials would be $40 million, which represents a 10% markup over total costs. However, we have assumed that the Indian affiliate is a toll manufacturer with respect to goods sold in the U.S. while the parent is responsible for purchasing and owning the inventory related to materials. Table 2 shows the derivation of the markup over labor costs and the markup over material costs assuming Rf = 12.5% and Rw = 7.5%. Under our assumptions, the appropriate markup over labor costs is 25%.

Table 2: Application of Toll Manufacturing Model to the Capstone Example

The Role Played by Design Costs

The U.S. multinational denied that any of the Indian incurred R&D expenses related to product designs but did concede that this R&D may have been related to improving the manufacturing processes, which might put into question the claim that India performed traditional contract manufacturing activities. We should note, however, that the Indian affiliate may have received intercompany payments under a contract R&D arrangement where R&D costs were covered with additional profits equal to a 15% markup. This markup may have been justified by a benchmarking analysis with third party companies received markups ranging from as low as 5% to as high as 25%.

The claims of the U.S. representatives beg two questions. Did the multinational have in place a clear intercompany contract R&D arrangement which identified the nature of the Indian R&D activities and guaranteed compensation at cost plus a 15% markup? If so, the claims of the Indian tax authorities could have been rebutted. But if no such contract existed, the debate over who owns what intangibles could persist. While the representatives of the multinational claim they had reasonable support for the 15% markup, whether the third party companies used in the benchmarking analysis were sufficiently comparable would have to be scrutinized.

The Capstone presentation suggested that the representatives of the multinational and the Indian tax authorities both proposed odd sets of potential comparables for benchmarking the markup for contract R&D. The multinational’s set was seven medical research laboratories located in India and Taiwan, which produced an interquartile range of 5% to 35% for the markup. The Indian tax authority suggested the use of 20 electronic testing companies located in Australia and India. If the Indian tax authority’s claim that the R&D expenses conducted by the Indian affiliate represented product design research, it would have made more sense to examine the financials of third party fashion designers who provide designs on behalf of apparel or footwear multinationals for a fee.

The Role Played by Marketing Costs

The Indian tax authorities also presented the return to total costs for six large global advertising companies, which was a puzzling means for benchmarking this intercompany royalty rate issue. These markups if evaluated properly might have been evidence if the issue were framed as the compensation for Indian performed contract marketing efforts on behalf of the U.S. parent. The reported markups ranged from 5% to 15% with a median value of 10%. If the cost base for the third party advertising companies including pass-through costs, then the return to value-added expenses would be higher than the reported returns to total costs. The proper reporting of the return to value-added expenses was the central issue in the 2010 Indian decision in Dy. Commissioner of Income-tax v M/s. Cheil Communications India Pvt. Ltd.

An Alleged Management Fee Addressing the Cost of Sourcing and Logistics

A fourth issue involved what was labeled as management fees for certain centralized services performed by the U.S. affiliate. These fees were calculated as allocated cost plus a 10% markup. The Indian tax authorities wanted to disallow these charges on the grounds that they were duplicative since the Indian affiliate had its own management personal. The U.S. multinational, however, argued that these services represented sourcing related activity performed on behalf of worldwide operations. A clearer articulation of the facts and contractual arrangements could have avoided this disagreement.

The benchmarking for this 10% markup was also curious as it was based on ten companies in the advertising and logistics sectors. Companies in both sectors often have significant pass-through costs so the return to value-added expenses tends to be significantly higher than the markup over total costs.

The Capstone presentations reflected a double tax dispute where the parties got lost in the details rather than taking a big picture approach. The benchmarking of routine returns for small portions of overall expenses were particularly questionable with not much of an effect on the overall allocation of income. If the 20% profit margins represented total routine returns near 10% of sales, then residual profits would be near 10% of sales. These high residual profits would be typical for a luxury goods multinational and would be depend in part on the value of design intangibles and in part on the value of marketing intangibles.

A residual profits split approach might be appealed to in order to allocation the profits attributable to each valuable intangible asset. A more crucial step would be a clear articulation of which legal entity owned each of these intangible assets. The parties in the Capstone double tax controversy disagreed on the ownership of intangible assets, which is not an uncommon occurrence when a multinational fails to provide for clear contractual arrangements. The hypothetical example and discussion above illustrates a number of key factors which I believe will help multinationals avoid the kind of disputes with tax authorities which were reflected in the Capstone: