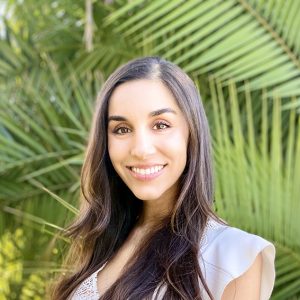 Dorna Moini is CEO and co-founder of Documate, a document automation platform that allows lawyers to create documents and build client-facing legal applications without needing any skill in coding or software engineering. Documate is also a key supplier to LCN Legal: we use Documate’s platform in many parts of our business, including intercompany agreements for TP compliance, group restructuring projects and our Virtual Legal Director service.

Tell us about Documate: what are your key services?

We’re a team of lawyers and engineers who created Documate because we felt that the document automation tools on the market did not serve our needs. They fell in two buckets. They were either very tech heavy, requiring you to be a software engineer to use them, or at least know how to code. Or, alternatively, they were easy to use but weren’t very robust or versatile (not much better than mail merge). And none of them had a user-friendly client portal. Documate combines the best of both worlds – powerful and easy to use.

Firms use the platform in three main ways. One is completely internally – to automate their internal processes. The second is to collaborate with the client: for example, sending out client intake surveys or questionnaires and then having that information come back to the firm so the firm can automatically generate documents.

And the third, my favorite, is where the firm builds its own client-facing legal tools. They share these with their clients, allowing them to automate large chunks of work (or sometimes the entire client engagement). Using the software built on Documate by the law firm, the client can generate certain documents without speaking to the firm. (In the US, I usually give the analogy of a "TurboTax for law," but I don't think the tax prep software is as prevalent in the UK.)

The key point is that a lawyer with no coding knowledge at all can build a full legal product that they can then sell to clients.

What types of law firm are your main clients?

Really, any law firm who engages in any sort of routine or template-based work. Estate planning, family law, and anything corporate are very popular. And also any firm that’s in a niche area – LCN Legal is a good example. For those firms, there aren’t really any automation tools on the market that are specific to their area. So we bring a lot of value to a firm with specialized expertise.

So, really, any subject matter expert who wants to take that specialist knowledge out of their brains and turn it into an automated tool that helps to deliver high quality, efficient services for their clients.

Do you find that when you’re talking to potential new clients, that they are resistant to change and to new ideas?

You know, it's funny, I hear that more from people who aren't our purchaser. Journalists are always talking about how law firms and lawyers are so slow to adopt. In reality, the people we work with are very forward-thinking in embracing new technologies that can help and assist their customers.

There’s also a tremendous amount of competition in the market right now, particularly for small and midsize law firms in major practice areas. So many firms see this as a necessity rather than just as a "nice to have," because they're realising that they need it in order to compete with all the other firms out there, and to provide legal services in the way that their clients want to consume them.

What is the current focus for the business?

We are rapidly scaling right now. We add new features every day. Many times, when people think of automation they think of something like mail merge, but Documate is more like a software developer in your back pocket. Come try our free trial and you'll see how intricate and robust you can get.

It’s more comparable to the way that WordPress allows you to build websites: we're a toolkit for building your ideal legal product. We're doing the same, but for legal applications. Every day, we're adding new functionality to make sure that a lawyer can take anything that is even remotely rules-based, no matter how complex those rules may be, and allow the lawyer to build their own little robot lawyer to help them in Documate.

We're also working to support and nurture the marketing side of what our customers are doing, to allow them to be able to access more of their customers through our platform as well. We want to give them the support and guidance they need to take their legal services and turn them into legal products, so they have software they're able to sell, and they’re not so beholden to the billable hour.

How did Documate begin? What sparked the initial idea?

I wanted to automate that process: build out a tool where either I or my clients could put in responses and that would trigger different results to get the first documents in the case ready as soon as possible. That would mean that that I could spend more time on the things that can’t be done by a computer and that really provide value to the customer: representing them at their hearings, giving them fact-intensive legal advice, etc. So, I got together with an engineer friend of mine, Michael Joseph, who eventually became my co-founder.

We built a software tool for the domestic violence restraining order process. Initially, it was mainly used by lawyers and legal aid organisations, and it saved a ton of time. Instead of it taking them four hours to draft the first set of documents, it would take them 30 minutes. Because they would input the client information and the system would then insert the right data in the right places, trigger all the right clauses, and then all the lawyer has to do is review those documents.

But then we discovered this problem was more widespread than just domestic violence. People often speak of the "justice gap" between the people who need legal services and those who can actually access them. What we found was another gap – a "technology gap." Lawyers have so much expertise in their heads that they want to get out to consumers, but they can’t do that because they don't have the technical expertise to build the product.

So we thought: How can we bridge the gap between lawyers and their dream software applications? That's what Documate is. Instead of having to go hire a developer and have them help you build out that tool, you can get onto the platform and build whatever you want.

So in early 2018 we said: Instead of building subject-matter-specific tools, let's go out and build a platform. Then lawyers can build whatever they want, using their legal expertise rather than ours.

For example, before I met Paul Sutton, I didn't even know what transfer pricing was. I certainly couldn’t have built a tool for that. But using Documate, LCN Legal’s lawyers can – without hiring an engineer or learning how to code.

How did it feel to leave your job and become self-employed?

Momentous. It's easy to minimise the transition, but it was certainly a scary decision to make the jump coming from a stable, predictable job at a large law firm. I had been there for seven years, so getting close to the point where people start making partner.

Everyone thought I was crazy to leave! But we knew there was a demand in the market for this, and it would have been hard to build it out part time while working 16 hours a day at a law firm. We needed to put all our energy into it. I felt that if I didn't try to build this, I would regret it.

In the early days, we started in the legal aid sphere. We had existing users there, and we gave the software to our beta testers for free. Then, we realised it applied to the for-profit market as well. And today we actually give our software at cost or for free to non-profits and legal aid organisations.

You and Michael have obviously been a winning combination. Why do think that is? What makes a successful working partnership?

We have complementary skills. Communication is also very important, both between the founders and with the entire team. While we're working remotely right now, we get on a standup call every morning and have several other communication channels that allow us to talk through challenges and roadblocks that others on the team can help with.

It’s also important to have a clear set of core values that you don't deviate from and you don't sacrifice for. That’s really important to making sure that you always have a team who is working well together.

How did the pandemic affect you? Were you already working remotely?

We were in an office in Los Angeles. Then, we quickly went remote and have been remote since. We're still thinking about what we’ll do when the world is fully back to normal – we may go back to the office a few days a week instead of five days a week. There have been a few silver linings to being forced to work remotely. For example, we’ve been able to hire people outside of our main geographical region, which gives us access to a broader talent pool.

What do you think will be the big changes in automation that we’ll see in the next five years or so?

Honestly, in legal, I think there many less complicated technologies that have still not been fully exploited or adopted. There's a lot of room to grow. For example, people get really excited about smart contracts, injecting AI into your into your workflow, and data abstraction. I don't want to minimise the progress and adoption of those tools.

Meanwhile, if you look at technologies rules-based expert system builders, so they're comparatively simple and not as novel a concept. What’s new is building it in such a way that an engineer doesn't have to build it out. These technologies have not been fully adopted. So that's where I think we're going to see a lot of acceleration.

Automation is not as glamorous, but it still has enormous potential to change the way we work.

If you could go back and talk to your 18-year-old self, what advice would you give yourself?

I would say: Don't be afraid to look stupid. Especially when you're more junior, you're worried, "What if I look dumb when I go do this new thing? What if I fail?"

What do you do to relax?

I've danced ballet my whole life, so that is my outlet for creativity, expression, and relaxation. I also have a two-month-old baby, so any time I'm not working is now spent with him, many times reading to him about legal tech, stories about successful businesses, and the occasional fiction.

How would you describe yourself in three words?

Who would play you in the film of your life?

I would play myself, because if you want it done right, sometimes you have to do it yourself!