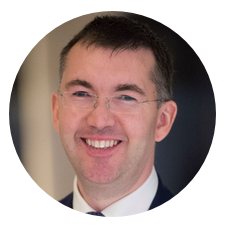 Paul is the co-founder of LCN Legal and the author of “Intercompany Agreements for Transfer Pricing Compliance – A Practical Guide”. He is passionate about bridging the gap between tax and legal professionals, and helping multinational groups to create effective corporate structures for transfer pricing compliance.

Paul studied European law in the UK and Germany, trained as a corporate lawyer in the City of London, mainly advising German, Swiss and Austrian clients on acquisitions, joint ventures and commercial contracts. He qualified as a solicitor in 1994 at the firm of Pritchard Englefield, a London-based firm established in 1848. He was appointed as a partner of that firm four years later in 1998.

Paul joined KPMG’s UK law firm in 2001, and Paul developed a specialism in working alongside international tax and transfer pricing professionals on the design and legal implementation of restructuring projects for large corporates. This has included projects such as Eurobond listings, corporate migrations, cross-border mergers and intercompany agreements for transfer pricing. He later became a corporate partner in the London offices of McGrigors LLP and of Pinsent Masons LLP.

During his legal career before setting up LCN Legal in 2013, Paul successfully lead legal teams on projects for a range of well-known high profile clients, including acting for a major European airline on a business sale and joint venture, creating a franchise network for a well known European mobile phone operator, establishing various real estate and other funds, group reorganisations and corporate simplification projects for a range of household name clients, and advising a Middle Eastern Royal family on corporate structures for family investments.

Through LCN Legal, Paul has pioneered the publication of templates, checklists and other resources for tax and legal professionals. These include template intercompany agreements for transfer pricing, as well as legal guides and resources for various corporate structuring projects.

Shortlisted for the Law Society Awards 2020 in the following categories: