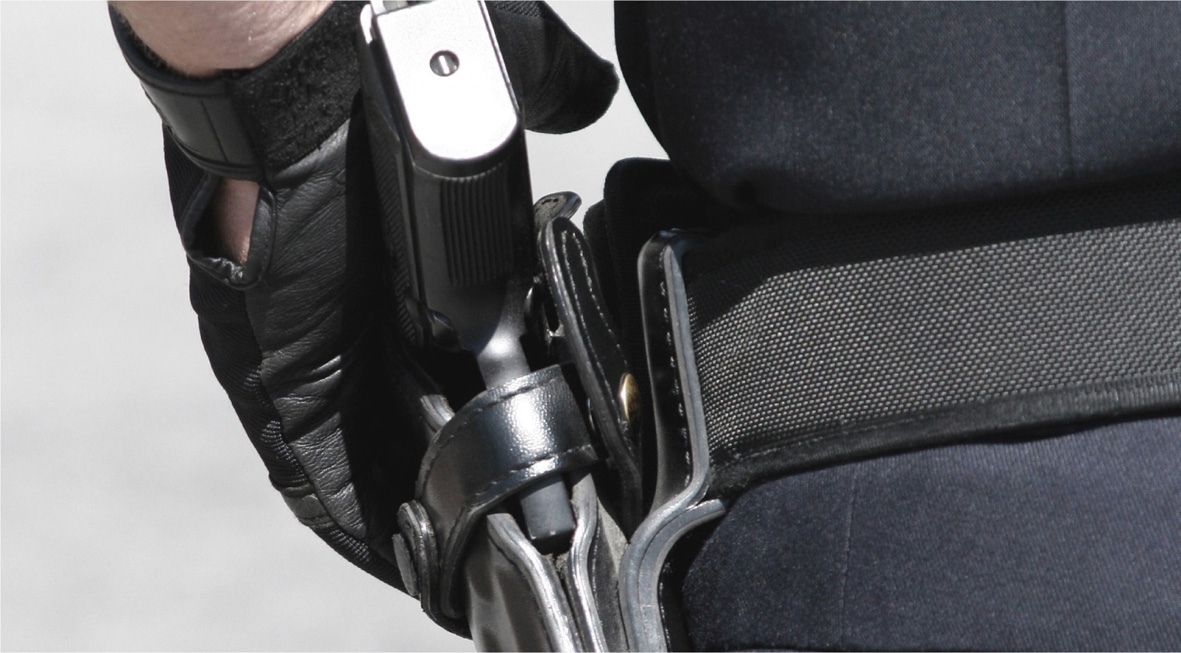 This article appears in the August issue of our International Corporate Structures Newsletter.

I’ve had some interesting and amusing experiences handling many tax audits in many countries but one in particular in Southern Europe makes me smile now, but didn’t at the time.

Ironically, it wasn’t even a planned audit but an unannounced routine visit which unfortunately coincided with my arrival from the UK for meetings with local colleagues on a variety of tax matters.

On arrival at our office I went through security and noticed I was being followed in by men in uniforms. This unnerved me greatly. I then saw my host for the day who pulled me to one side and told me the men in uniform were the tax police on a routine check.

When I looked closer at the men’s military style uniform, I was horrified to see they had holsters which my host confirmed contained a gun, evidently a part of their standard attire.

By this time I was getting increasingly anxious and wondered why nobody had forewarned me, especially as in all my years of dealing with UK tax inspectors, the only uniforms they wore were business suits and their lethal weapons were no more threatening than a briefcase and an umbrella!

Now all this happened in the days before anyone had mobile phones so it had not been possible to alert me prior to my arrival. Although the tax police were not known to speak English, it seems they became interested when I’d asked at Reception for my host who also happened to be theirs too.

My host quickly ushered me into an empty office and explained that the tax police would only be there for a few hours collecting and looking at routine papers. My host also suggested I kept a low profile because they might be interested in the purpose of my visit. I had no problem keeping out of the way and happily met with other colleagues. Trouble was, wherever I went, the tax police appeared which greatly increased my paranoia.

After what seemed an eternity, my host found me to announce the tax audit had finished but the tax police had asked why I was there. He answered that I was from Regional HQ Finance also paying a routine visit.

I had no prior knowledge of the various kinds of tax inspectors in this particular country and their specific responsibilities but I had a quick lesson from my host. I thought he was exaggerating when he told me about the capability and approach of the different levels of inspectors.

All those years ago, it was customary to smoke everywhere and on the unforgettable day I met the ‘tax guns’, I had no qualms following that custom. (Thankfully I have since quit smoking.) As I smoked I reflected on my ‘tax guns day’ and wondered what I could learn from the experience.

Better observation sprang to mind. I should have realised that nobody else had reacted badly to seeing the armed tax police. It was a routine event that didn’t faze them. I should have noticed that and acted similarly.

In later years I discovered first hand that my host on that day was not exaggerating. For example, when tax inspectors in that country demanded a dedicated office for their sole use during their onsite stay, the office had to be locked and the entrance sealed daily. If the seal was broken when they returned, the nominated (by the inspectors) local company tax representative would be arrested!

This kind of approach was amazing, but for me, nothing surpassed the sight of uniformed and armed tax inspectors which completely threw me. Although I can see the funny side now, at the time I was definitely outside my comfort zone.