Each of the links below takes the user to an online questionnaire, which collects the information required to produce legal documentation for projects of the relevant type. Subscription terms available on application. Contact us at info@lcnlegal.com for details.

For the creation of a suite of documents for inserting a new holding company by way of share exchange agreement. It is suitable for a scenario where:

For the creation of a suite of legal documents for reducing a UK company’s share premium, capital redemption reserve or share capital, in each case using the solvency statement procedure. The documents created may also deal with the declaration of a cash dividend or distribution in kind, as well as the removal of the company by strike off (if desired).

It is suitable for a scenario where:

For the creation of a suite of legal documents for the hive down of assets by a UK company to one or more wholly-owned subsidiaries. This may be as a precursor to a liquidation demerger or a virtual demerger.

It is suitable for a scenario where:

For term loans, revolving credit facilities and overdraft facilities which are unsecured, unsubordinated and for a single currency.

Additional transaction types are under development and will be released when available.

Why work with us?

We are the world-leading legal experts and educators on ICAs and related corporate structures.

No need to spend time teaching us and we complement, rather than compete with, transfer pricing advisors.

We bridge the gap between tax and legal within the global transfer pricing community.

NEW: Our book on Intercompany Agreements 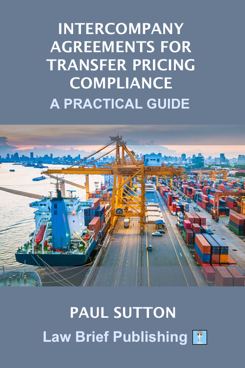 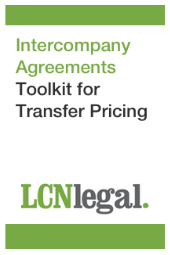