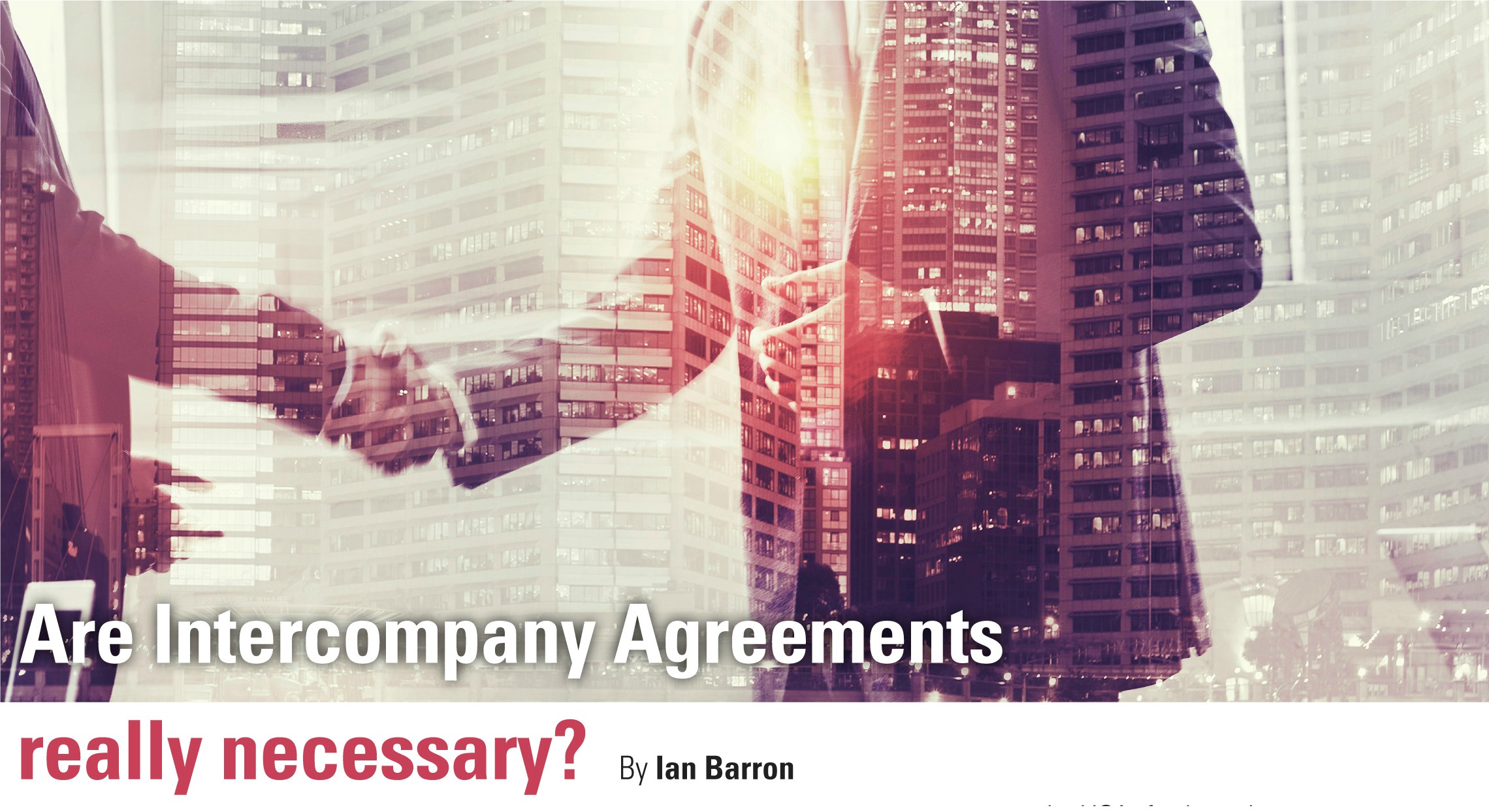 This article appears in the July issue of our International Corporate Structures Newsletter.

I first experienced crossborder intercompany agreements (‘’ICAs’’) over 30 years ago and, having just joined a multinational group from a purely domestic UK tax background, I had difficulty understanding why they were needed, who wants them and who cares?

The answers were made clear very quickly, but I was mystified by my non-tax colleagues’ lack of interest in ICAs and the comment we frequently heard of “when I feel the pain from having no agreements, I’ll help you resolve your tax problem.” Not a collective problem but one for the in-house Tax team alone!

Moving forward to 2017, does this sound at all familiar? If it does and you are a responsible for a multinational with crossborder charges, get ready to feel the pain over the next few years when BEPS related tax audits start kicking in to larger and ultimately smaller groups.

My first few European tax audits soon proved that ICAs were crucial support for major intercompany charges. That has never changed and will continue to apply. We were fortunate in having experienced US tax lawyers in the global tax department who had taken on the responsibility for drafting ICAs for all the major intercompany items. These agreements covered licensing, royalties, group funding and technology as well as the high value global back office services.

Tax inspectors then (and now) pay close attention to intercompany charges and the first request we encountered on audit was always to provide them with ICAs. They seemed happy to receive an operating overview from us and documentation covering the major high value items. What influenced them was clearly:

During subsequent years, tax audits still concentrated on intercompany charges but requests for copies of ICAs were no longer confined to major value charges. This presented two significant challenges:

We couldn’t fix the gaps for the past as the charges had been going on for years so we decided to fix them going forward in the hope that the ‘pain’ for the past would be tolerable, which fortunately it proved to be.

We faced the issue head on, suffered some relatively minor administrative fines but no tax adjustments. I think the regional tax inspectors appreciated the fact that:

However, we were then under a commitment to fix the gap(s) going forward. As the global regulatory environment was changing with increased focus on good corporate governance and brand protection, a multifunctional team was established with appropriate resources and budgets to fix the gaps and deal with future ICAs. The team included tax, finance, business representatives, internal audit and internal control amongst others, all led by legal. External resources were used as required and automated solutions were sought wherever feasible. The team reported into senior management and subsidiary boards.

Good governance and brand image protection apply to all multinationals as do the tax risks associated with compliance failings. Current and future tax audits will increasingly focus on basic compliance requirements like appropriate documentation, including ICAs.

In my experience, ICAs for (major) transactions have always been crucial and in this BEPS world, documentation compliance is paramount and should not be ignored. The last thing any company wants is to be classified as high risk because of compliance deficiencies.