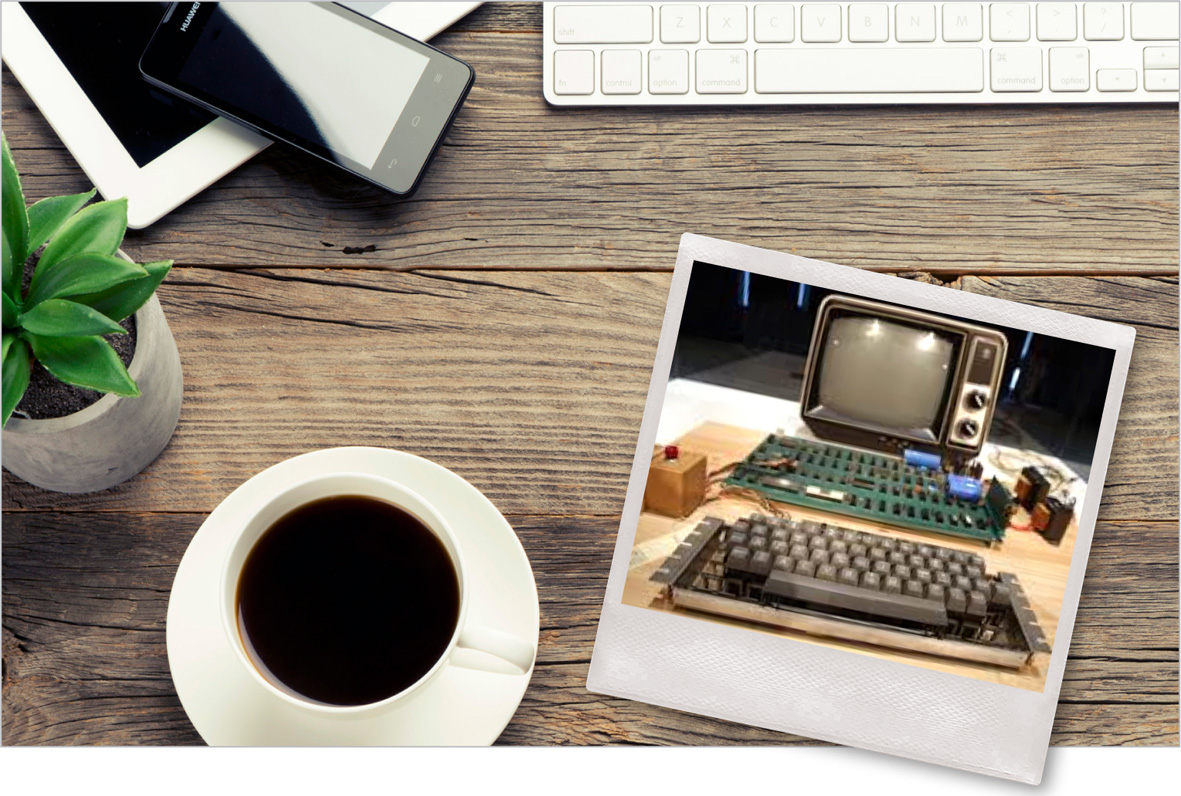 This article appears in the February issue of our International Corporate Structures Newsletter.

I love this picture because it captures the start of an inspiring story.

It’s a picture of an Apple I computer, which is the first computer sold by Apple in 1976. It didn’t come with the keyboard or the screen or the power supply. It didn’t have a case. It was just a circuit board with computer chips, produced primarily for the hobby computer market. It went on sale in July 1976 at a price of US$666.66 (apparently because Steve Wozniak liked repeating digits). In order to finance this small venture, Steve Jobs sold his VW Bus (aka Camper Van), and Steve Wozniak sold his Hewlett Packard calculator.

Unfortunately I don’t have the skills to appreciate the beauty of the circuit design or exactly how ground-breaking the internal function of the Apple I computers really was. But I can appreciate the thousands and thousands of decisions and refinements which lead incrementally from those first Apple products to the generations of computers and other electronic devices which are available now. And in fact at LCN Legal, we all use a MacBook Air, partly because they are such a pleasure to look at and hold.

For those of us whose work focusses on international corporate structures, our task is not to create a physical product of beauty, but rather a collection of systems and processes which comprise the ‘internal plumbing’ of the corporate group, and facilitate the flow of goods, services, finance and know-how between group companies. It may not be as glamorous a inventing the iPod, but it’s just as fundamental to the underlying business.

As entrepreneurship guru Michael Gerber says, “the business is the product” – meaning that our highest value job is to define, monitor and refine a series of systems which consistently produce the desired results.

I don’t think it’s an exaggeration to say that there can be beauty in a well-defined system. And the opposite can be equall apparent – such as sprawling group structure charts, or the absence of processes to maintain them. Our philosophy at LCN Legal is that the group structures and the legal documents and systems which support them need not be gold-plated, but they should elegantly reflect the substance of the commercial relationships involved and the legal duties of the individuals concerned – including as directors of all the legal entities involved.

We see this as a convergence of corporate governance, tax governance and substance. We also believe that the implementation and maintenance of any structure needs to follow a well-organised and well planned process – maybe as elegant as the alignment of the chips on the Apple 1 computer.